“Double Date” is the 9th episode of the sixth season of the U.S. comedy series The Office and the show’s 109th episode overall. It was written by Charlie Grandy and directed by Seth Gordon. It originally aired on NBC on November 5, 2009.

The series—presented as if it were a real documentary—depicts the everyday lives of office employees in the Scranton, Pennsylvania, branch of the fictional Dunder Mifflin Paper Company. In this episode, Jim and Pam finally go on a double date with Michael and Pam’s mother Helene on Helene’s birthday, which takes a dark turn when Michael discovers just how old Helene is turning, and breaks up with her. Meanwhile, Dwight offers to do nice things for all the members of the office so that they will owe him a specific favor, but Andy ruins his plans. 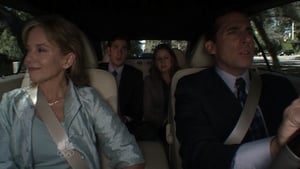