“The Lover” is the 7th episode of the sixth season of the U.S. comedy series The Office and the show’s 107th episode overall. It was written by Lee Eisenberg and Gene Stupnitsky and directed by Lee Eisenberg. It originally aired on October 22, 2009 on NBC.

The series—presented as if it were a real documentary—depicts the everyday lives of office employees in the Scranton, Pennsylvania, branch of the fictional Dunder Mifflin Paper Company. In this episode, Jim and Pam return from their honeymoon and discover that Michael is dating Pam’s mother, which infuriates her. Meanwhile, Dwight tries to install a recording device in Jim’s office, by giving him a wooden mallard as an apology for their long rivalry. 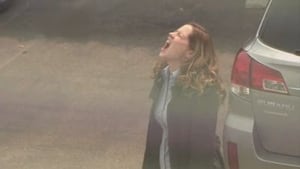